Allan David Bloom (September 14, 1930 – October 7, 1992) was an American philosopher, classicist, and academician. He studied under David Grene, Leo Strauss, Richard McKeon, and Alexandre Kojève. He subsequently taught at Cornell University, the University of Toronto, Tel Aviv University, Yale University, École Normale Supérieure of Paris, and the University of Chicago. Bloom championed the idea of Great Books education and became famous for his criticism of contemporary American higher education, with his views being expressed in his bestselling 1987 book, The Closing of the American Mind. Characterized as a conservative in the popular media, Bloom denied that he was a conservative, and asserted that what he sought to defend was the "theoretical life". Saul Bellow wrote Ravelstein, a roman à clef based on Bloom, his friend and colleague at the University of Chicago. 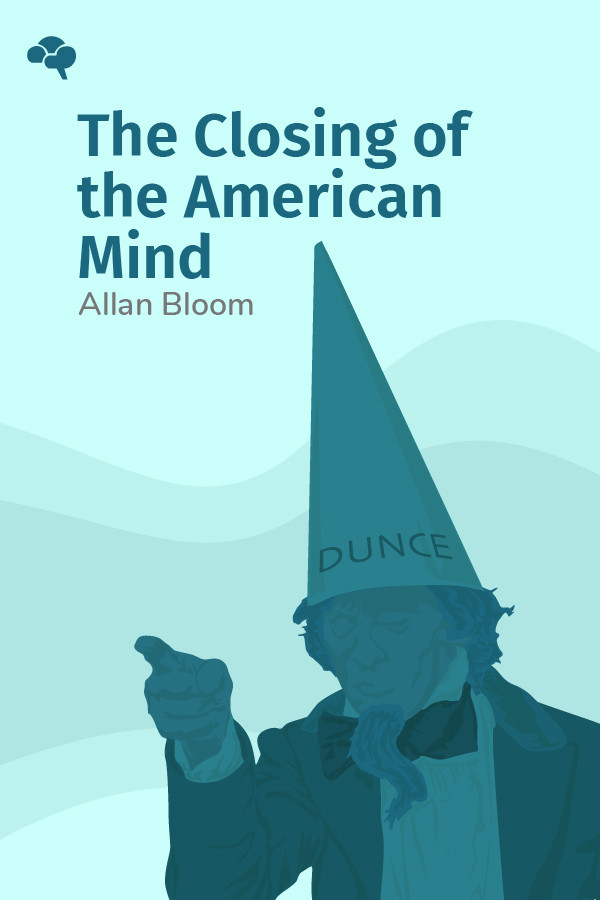 The Closing of the American Mind: How Higher Education Has Failed Democracy and Impoverished the Souls of Today's Students

Originally written in 1987, political philosopher Allan Bloom goes after academic culture and its impact on students and society in a hard-hitting polemic. He challenges the popular assumptions about tolerance and how they’ve ironically closed us off from learning and true open-mindedness.