Anne LaBarr Duke (née Lederer; September 13, 1965) is an American professional poker player and author. She holds a World Series of Poker (WSOP) gold bracelet from 2004 and used to be the leading money winner among women in WSOP history (a title now held by Vanessa Selbst). Duke won the 2004 World Series of Poker Tournament of Champions and the National Heads-Up Poker Championship in 2010. She has written a number of instructional books for poker players, including Decide to Play Great Poker and The Middle Zone, and she published her autobiography, How I Raised, Folded, Bluffed, Flirted, Cursed, and Won Millions at the World Series of Poker, in 2005.

Duke co-founded the non-profit Ante Up for Africa with actor Don Cheadle in 2007 to benefit charities working in African nations, and has raised money for other charities and non-profits through playing in and hosting charitable poker tournaments. She has been involved in advocacy on a number of poker-related issues including advocating for the legality of online gambling and for players' rights to control their own image. Duke was co-founder, executive vice president, and commissioner of the Epic Poker League from 2011–12 which failed in 2012 and is now bankrupt with many investors upset over how it was managed. 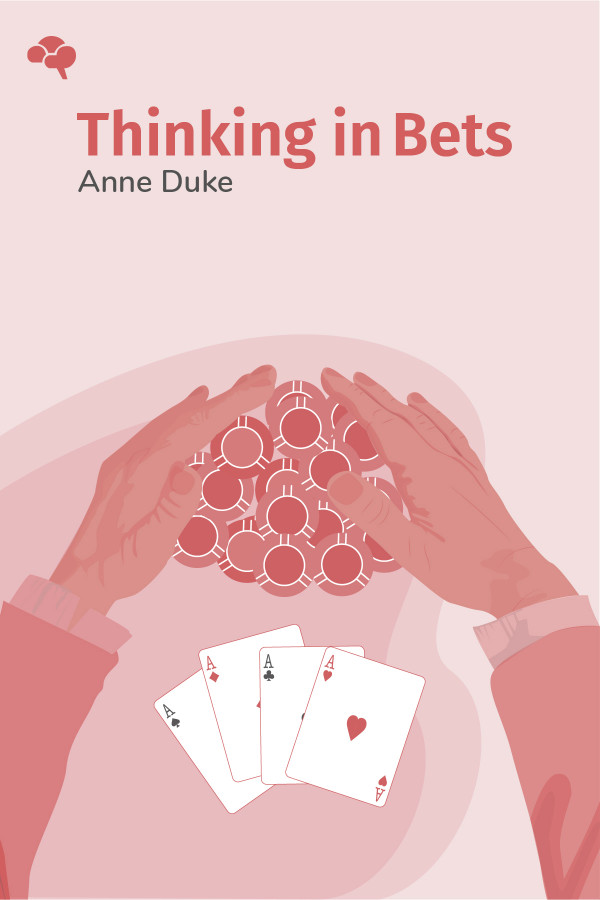 Thinking in Bets: Making Smarter Decisions When You Don’t Have All the Facts

In a world full of randomness and chance, making smarter decisions in the face of uncertainty is a skill worth mastering. In Thinking in Bets, professional poker player Annie Duke becomes our guru to help us make better bets in life.