Arthur C. Brooks (born May 21, 1964) is an American social scientist, musician, and columnist for The Atlantic. He was the president of the American Enterprise Institute, a conservative think tank, for a decade. As of July 2019, he joined the faculty of the Harvard Kennedy School and Harvard Business School. Brooks has researched the junctions between culture, economics, and politics. He is the author of 12 books, including From Strength to Strength (2022), which debuted at #1 on the New York Times best seller list, and two New York Times best sellers: The Road to Freedom: How to Win the Fight for Free Enterprise (2012) and The Conservative Heart: How to Build a Fairer, Happier, and More Prosperous America (Broadside Books, 2015). Politically, he is a center-right independent and a libertarian. 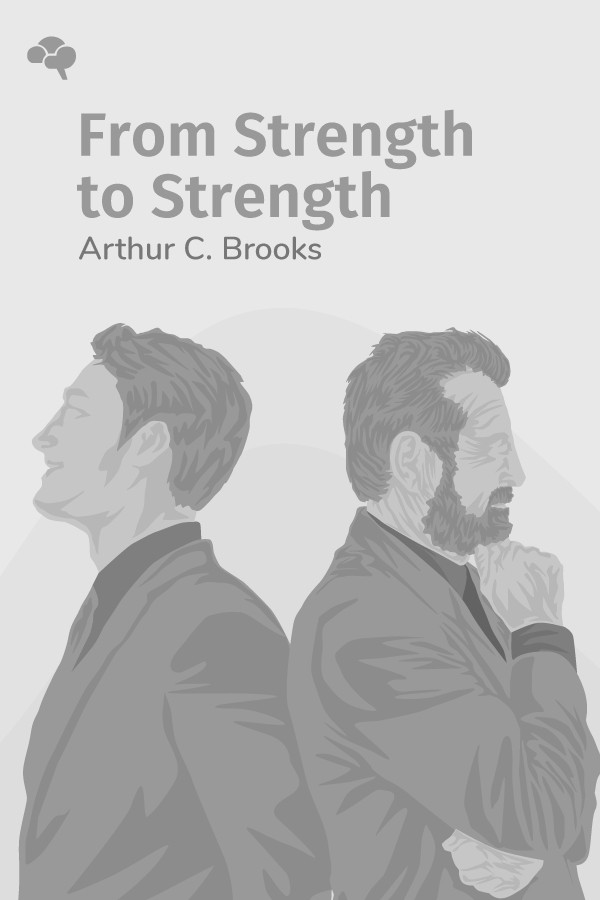 From Strength to Strength: Finding Success, Happiness, and Deep Purpose in the Second Half of Life

Arthur C. Brooks (1964-) is an American social scientist who researches the intersection between culture, economics, and politics. He has authored twelve books to date, served as president of the American Enterprise Institute, and currently teaches at Harvard. Brooks has climbed the ladder of professional success in numerous fields, and has researched the key characteristics of happy people across the United States. From his research, he has gleaned insight into the nature of success and happiness. In From Strength to Strength, Brooks identifies a problem afflicting both American business professionals and ordinary citizens, which he calls the “striver’s curse.” Brooks shares his insights on this curse, what values underlie it, and what it takes to cultivate the new strengths that will lead us into our second life curve.