Edward Charles Francis Publius de Bono (born 19 May 1933) is a Maltese physician, psychologist, author, inventor, philosopher and consultant. He originated the term lateral thinking, wrote the book Six Thinking Hats and is a proponent of the teaching of thinking as a subject in schools.

Edward Charles Francis Publius de Bono was born in Malta on 19 May 1933. Educated at St. Edward's College, Malta he then gained a medical degree from the University of Malta. Following this, he proceeded as a Rhodes Scholar to Christ Church, Oxford, where he gained an MA in psychology and physiology. He represented Oxford in polo and set two canoeing records. He also has a PhD degree in medicine from Trinity College, Cambridge, an honorary DDes (Doctor of Design) from the Royal Melbourne Institute of Technology, and an honorary LLD from the University of Dundee.

De Bono has held faculty appointments at the universities of Oxford, Cambridge (where he helped to establish the university's medical school), London and Harvard. He is a professor at Malta, Pretoria, Central England and Dublin City University. De Bono holds the Da Vinci Professor of Thinking chair at University of Advancing Technology in Tempe, Arizona, US. He was one of the 27 Ambassadors for the European Year of Creativity and Innovation 2009.

The originator of the term 'Lateral Thinking', de Bono has written 85 books with translations into 46 languages. He has taught his thinking methods to government agencies, corporate clients, organizations and individuals, privately or publicly in group sessions. He promoted the World Center for New Thinking (2004-2011), based in Malta, which applied Thinking Tools to solution and policy design on the geo-political level.

In 1976 de Bono took part in a radio debate for the BBC with British philosopher A.J. Ayer, on the subject of effective democracy.

In May 1994 he gave a half-hour Opinions lecture televised on Channel 4 and subsequently published in The Independent as "Thinking Hats On".

In 1995, he created the futuristic documentary film, 2040: Possibilities by Edward de Bono, depicting a lecture to an audience of viewers released from a cryogenic freeze for contemporary society in the year 2040.

In 2005 he was nominated (and reached the shortlist) for the Nobel Prize in Economics.

Schools from over 20 countries have included de Bono's thinking tools into their curriculum, and he has advised and lectured at board level at many of the world's leading corporations. 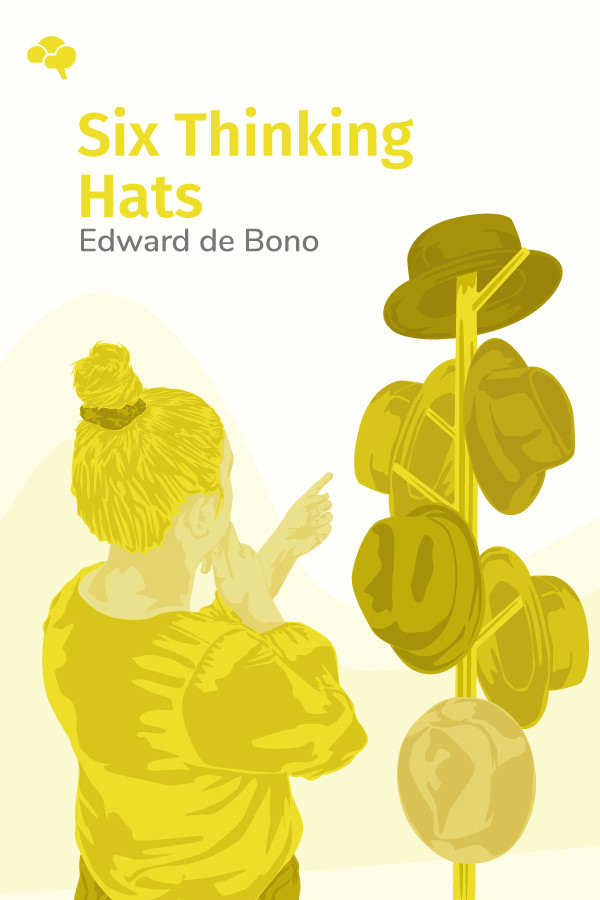 Thinking can be more enjoyable than confusing if you have the right categories to create a road map from problem to solution. Edward de Bono’s classic book outlines  a technique for clear thinking that’s manageable enough that anyone can use it, and playful enough to sidestep ego. The approach has been implemented in education systems all over the world. It’s useful for improving your own thinking or creating a company culture that will get everyone on the same page.