Orwell wrote literary criticism, poetry, fiction and polemical journalism. He is best known for the allegorical novella Animal Farm (1945) and the dystopian novel Nineteen Eighty-Four (1949). His non-fiction works, including The Road to Wigan Pier (1937), documenting his experience of working class life in the north of England, and Homage to Catalonia (1938), an account of his experiences on the Republican side in the Spanish Civil War, are widely acclaimed, as are his essays on politics, literature, language and culture. In 2008, The Times ranked him second on a list of "The 50 greatest British writers since 1945".

Orwell's work continues to influence popular and political culture and the term "Orwellian"—descriptive of totalitarian or authoritarian social practices—has entered the language together with many of his neologisms, including "Big Brother," "Thought Police," "Room 101," "memory hole," "newspeak," "doublethink," "proles," "unperson," and "thoughtcrime." 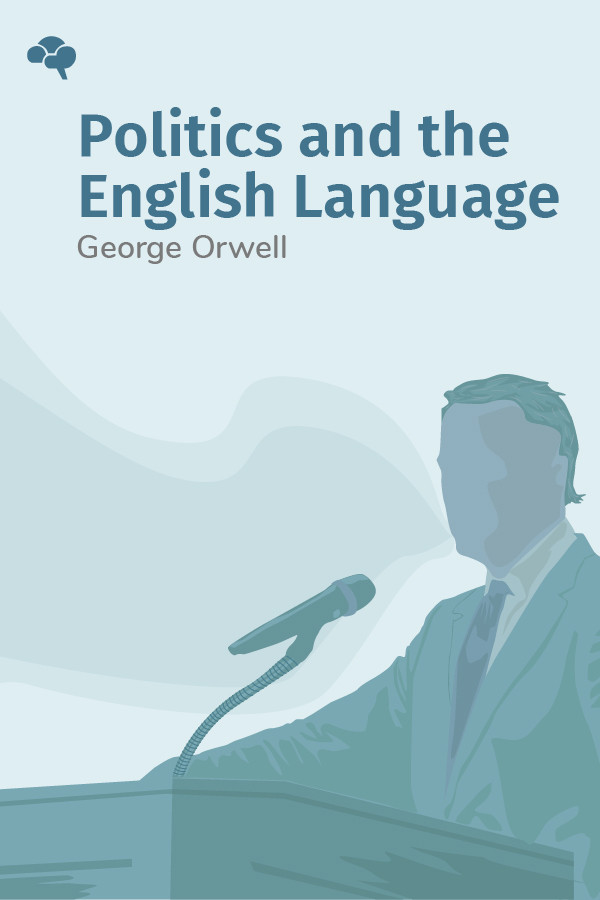 Politics and the English Language

George Orwell of 1984 fame reflects on the poor state of the English language and its corrosive effect on political life. He points out recurring problems with the popular communication style, like vagaries and cliché images, and suggests practical ways we can move English—and with it, politics—in a more constructive direction.