Joe Biden was born in Scranton, Pennsylvania, in 1942, and lived there for ten years before moving with his family to Delaware. He became an attorney in 1969, and was elected to the New Castle County council in 1970. He was first elected to the Senate in 1972, and became the sixth-youngest senator in American history. Biden was reelected to the upper house of Congress six times, and was the fourth most senior senator at the time of his resignation to assume the Vice Presidency in 2009. He was a long-time member and former chairman of the Foreign Relations Committee. He opposed the Gulf War in 1991, but advocated U.S. and NATO intervention in the Bosnian War in 1994 and 1995. He voted in favor of the resolution authorizing the Iraq War in 2002, but opposed the surge of U.S. troops in 2007. He has also served as chairman of the Senate Judiciary Committee, dealing with issues related to drug policy, crime prevention, and civil liberties, and led the legislative efforts for creation of the Violent Crime Control and Law Enforcement Act, and the Violence Against Women Act. He chaired the Judiciary Committee during the contentious U.S. Supreme Court nominations of Robert Bork and Clarence Thomas.

As Vice President in the Obama administration, Biden oversaw the infrastructure spending aimed at counteracting the Great Recession, and U.S. policy toward Iraq up until the withdrawal of U.S. troops in 2011. His ability to negotiate with congressional Republicans helped bring about legislation such as the Tax Relief, Unemployment Insurance Reauthorization, and Job Creation Act of 2010 that resolved a taxation deadlock, the Budget Control Act of 2011 that resolved that year's debt ceiling crisis, and the American Taxpayer Relief Act of 2012 that addressed the impending "fiscal cliff". In 2011, he opposed going ahead with the military mission that resulted in the death of Osama bin Laden. Obama and Biden were re-elected in 2012. In October 2015, after months of speculation, Biden chose not to run for President of the United States in 2016. In December 2016, he refused to rule out a potential bid for President in 2020, but announced on January 13, 2017, that he would not run, only to seemingly backtrack just four days later, again refusing to rule out a potential bid. On January 12, 2017, Obama awarded him the Presidential Medal of Freedom with distinction—the only time Obama awarded the Medal of Freedom with the additional honor of distinction. After leaving office, Biden was named the Benjamin Franklin Presidential Practice professor at the University of Pennsylvania. 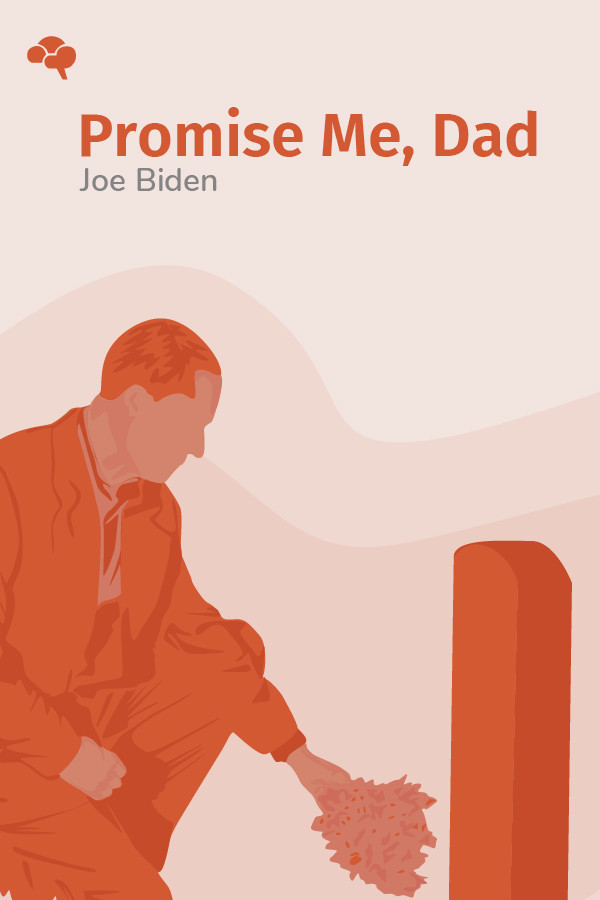 Promise Me, Dad: A Year of Hope, Hardship, and Purpose

“All good. It's all good!” This was Beau Biden's response to each new setback as he endured the ravages of glioblastoma. This positive attitude buoyed his dad, Joe Biden, who was serving his sixth year as vice president of the United States. Balancing his devotion to family and to country in seasons of crisis made 2016 the most tumultuous year of Biden’s life. In Promise Me Dad, he reflects on the year and the lessons and challenges it contained.