Joshua Foer (born September 23, 1982) is a freelance journalist living in New Haven, Connecticut, with a primary focus on hard sciences. He was the 2006 U.S.A. Memory Champion, which was described in his 2011 book, Moonwalking with Einstein: The Art and Science of Remembering Everything. He spoke at the TED conference in February 2012. 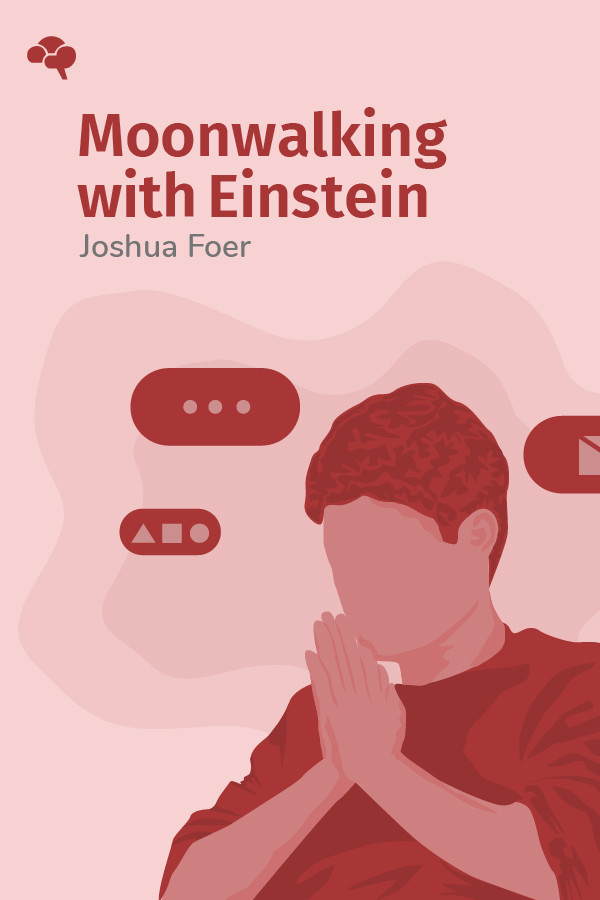 The USA Memory Championship is an annual competition held in New York since the early 90s. There are several events, including name-face recall, memorizing long numerical sequences, and remembering the order of shuffled decks of cards. Joshua Foer attended the competition as a reporter one year and a competitor the next. This book details Foer’s unexpected immersion into the world of memory in the intervening year. Through extensive research, interviews on the topics, and training with “mental athletes”, he came to realize anyone can drastically improve their memory, and proved it by winning the USA Memory Championship after only a year of concerted effort.

Read on for key insights from Moonwalking with Einstein.