Kurt Kohlstedt is a writer and editor at 99% Invisible, a radio show and website about design. Kurt has gone on tour with the show, given talks and participated in panels on various subjects from how Kindergartens shaped Modern art and design to creative adaptive reuse strategies for big-box stores. In 2007, Kurt founded WebUrbanist, the first in a series of online urban architecture, art and design and publications that would go on to reach hundreds of millions of readers over the decade that followed. 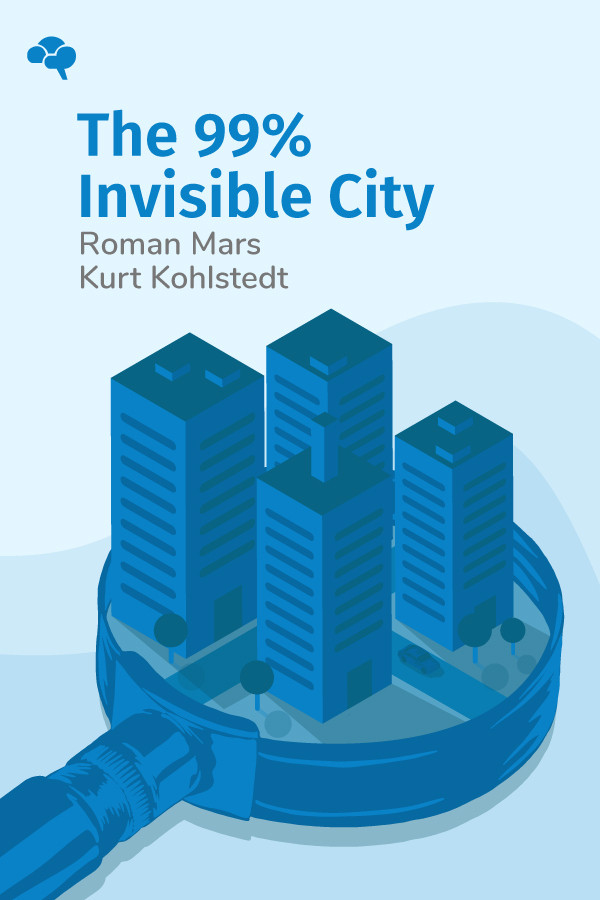 The 99% Invisible City: A Field Guide to the Hidden World of Everyday Design

From traffic lights and telephone poles to sewage drains disguised as monuments, we pour meaning into our public spaces like cement into the concrete slabs of a sidewalk. Oftentimes though, our focus is pulled toward the more obvious beauties of our surroundings like new buildings or polished neighborhoods. Creative innovator of the acclaimed podcast 99% Invisible Roman Mars and show producer Kurt Kohlstedt lead readers through a tour de force of the concealed stories of our cities, lifting the manhole cover of uniformity to reveal underlying meaning—let’s just say, you’ll never look at a stop sign the same way again.