Matthew Desmond is an American sociologist and the Maurice P. During Professor of Sociology at Princeton University, where he is also the principal investigator of the Eviction Lab. Desmond was awarded a Harvey Fellowship in 2006 and a MacArthur Fellowship in 2015. He won the 2017 Pulitzer Prize for General Nonfiction, the 2017 PEN/John Kenneth Galbraith Award, and the 2016 National Book Critics Circle Award for his work about poverty, Evicted: Poverty and Profit in the American City. 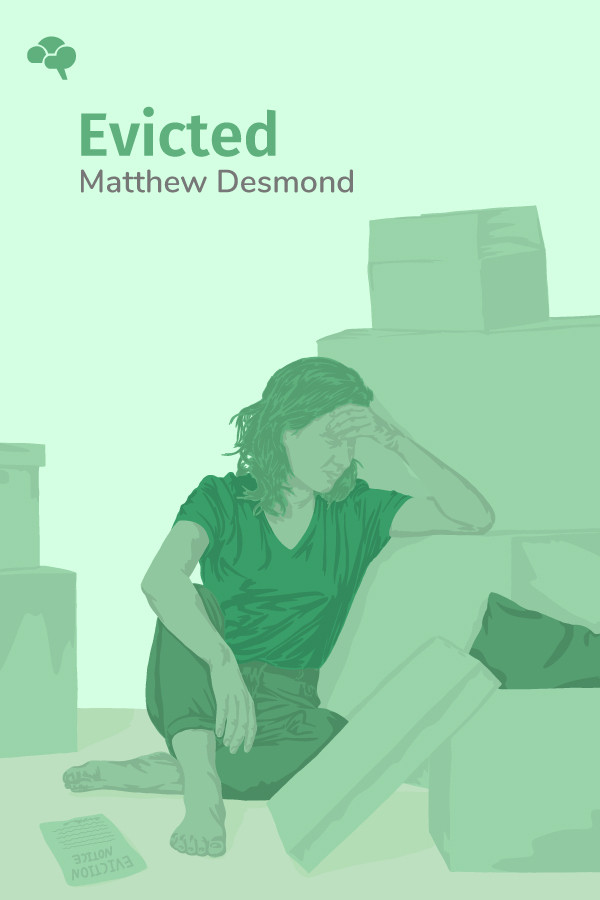 Evicted: Poverty and Profit in the American City

Eviction entails more than hanging up your keys, boxing up your things, and moving out—for those whom the typical American Dream has simply forgotten, moving out of a home entails moving out of a life. In 2013, the American Housing survey revealed that 70% of impoverished families spent half their wages to keep up with rising housing costs, channeling all their time, money, and energy into paying for a crumbling, bug-infested apartment they’d never be able to afford in the long run. Still, landlords thrust freshly printed eviction letters into the hands of millions of Americans every year. Harvard sociologist Matthew Desmond crafts a stirring ethnographic account of the eviction process in Milwaukee and the lives on both sides of that slip of paper, from the evicted to the evictors, to pose an important question: What can we do better?