Robert David Kaplan (born June 23, 1952) is an American author. His books are on politics, primarily foreign affairs, and travel. His work over three decades has appeared in The Atlantic, The Washington Post, The New York Times, The New Republic, The National Interest, Foreign Affairs and The Wall Street Journal, among other newspapers and publications.

One of Kaplan's most influential articles is "The Coming Anarchy", published in The Atlantic Monthly in 1994. Critics of the article have compared it to Huntington's Clash of Civilizations thesis, since Kaplan presents conflicts in the contemporary world as the struggle between primitivism and civilizations. Another frequent theme in Kaplan's work is the reemergence of cultural and historical tensions temporarily suspended during the Cold War.

From 2008 to 2012, Kaplan was a Senior Fellow at the Center for a New American Security in Washington, DC; he rejoined the organization in 2015. Between 2012 and 2014, he was chief geopolitical analyst at Stratfor, a private global forecasting firm. In 2009, Secretary of Defense Robert Gates appointed Kaplan to the Defense Policy Board, a federal advisory committee to the United States Department of Defense. In 2011, and 2012, Foreign Policy magazine named Kaplan as one of the world's "top 100 global thinkers." In 2017, Kaplan joined Eurasia Group, a political risk consultancy, as a Senior Advisor. In 2019, he left CNAS and was promoted to managing director at Eurasia Group. 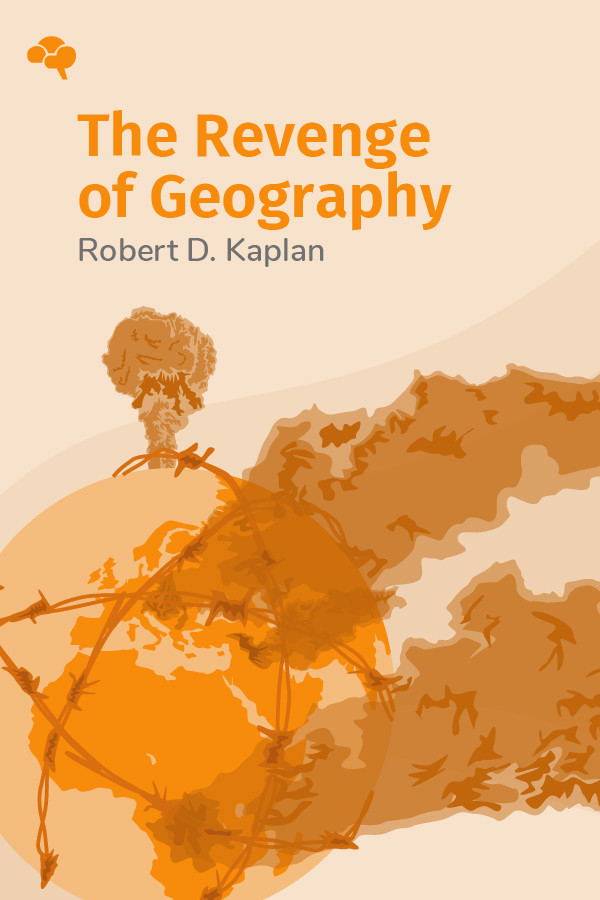 The Revenge of Geography: What the Map Tells Us About Coming Conflicts and the Battle Against Fate

An interconnected planet has created tremendous optimism about what humanity can accomplish in a globalized age. Political analyst and columnist Robert Kaplan argues that there remain formidable barriers to human achievement that no one seems to be talking about. However quickly the world may pick up speed, we must remember and respect the way geography limits progress.