Raymond Oliver Dreher Jr. (born February 14, 1967), known as Rod Dreher, is an American writer and editor. He is a senior editor and blogger at The American Conservative and author of several books, including How Dante Can Save Your Life, The Benedict Option, and Live Not by Lies. He has written about religion, politics, film, and culture in National Review and National Review Online, The Weekly Standard, The Wall Street Journal, Touchstone, Men's Health, the Los Angeles Times, and other publications.

He was a film reviewer for the South Florida Sun-Sentinel and chief film critic for the New York Post. His commentaries have been broadcast on National Public Radio's All Things Considered, and he has appeared on CNN, Fox News, MSNBC, Court TV, and other television networks. The Benedict Option has been described as "the most discussed and most important religious book of the decade." 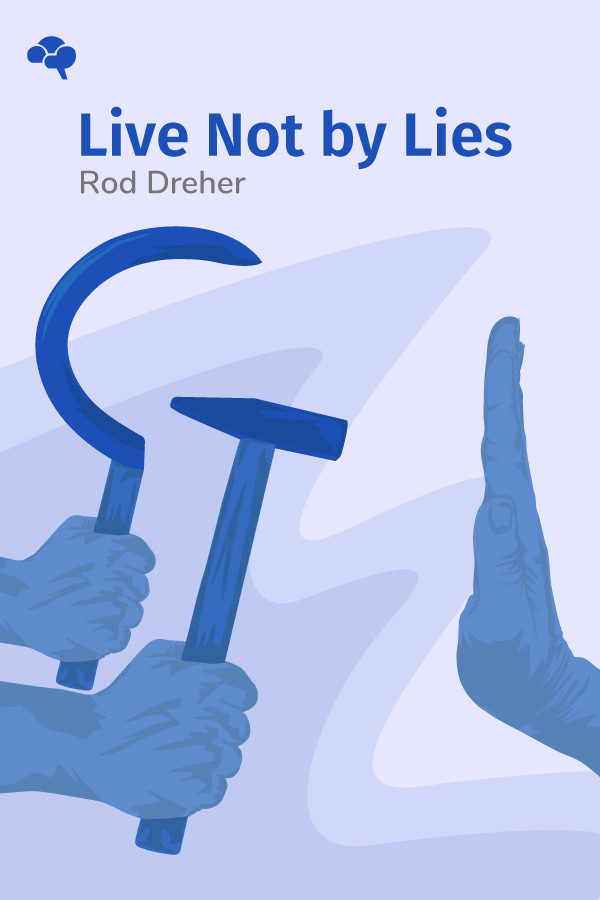 Live Not by Lies: A Manual for Christian Dissidents

Courageous dissenters of totalitarian Soviet Russia offer Americans a harsh warning: Our consumerist comforts are soothing us into a form of “soft totalitarianism.” This kind of oppression doesn’t require prisons or brute force, though. Rather, this encroaching soft totalitarianism slips in quietly under the guise of an oppressive “social justice” ideology that destroys our ability to think and live freely. Renowned author of The Benedict Option, Rod Dreher interviews former Soviet dissidents to draw illuminating parallels to the American condition and embolden people to defy this tyranny of mind with biblical truth.