In the mid-1960s, Nhất Hạnh co-founded the School of Youth for Social Services and created the Order of Interbeing. He was exiled from Vietnam in 1966 after expressing opposition to the war and refusing to take sides. In 1967, Martin Luther King Jr. nominated him for a Nobel Peace Prize.

Nhất Hạnh established dozens of monasteries and practice centers and spent many years living at the Plum Village Monastery, which he founded in 1982 in southwest France near Thénac, travelling internationally to give retreats and talks. Nhất Hạnh promoted deep listening as a nonviolent solution to conflict and sought to raise awareness of the interconnectedness of all elements in nature. He coined the term "engaged Buddhism" in his book Vietnam: Lotus in a Sea of Fire. 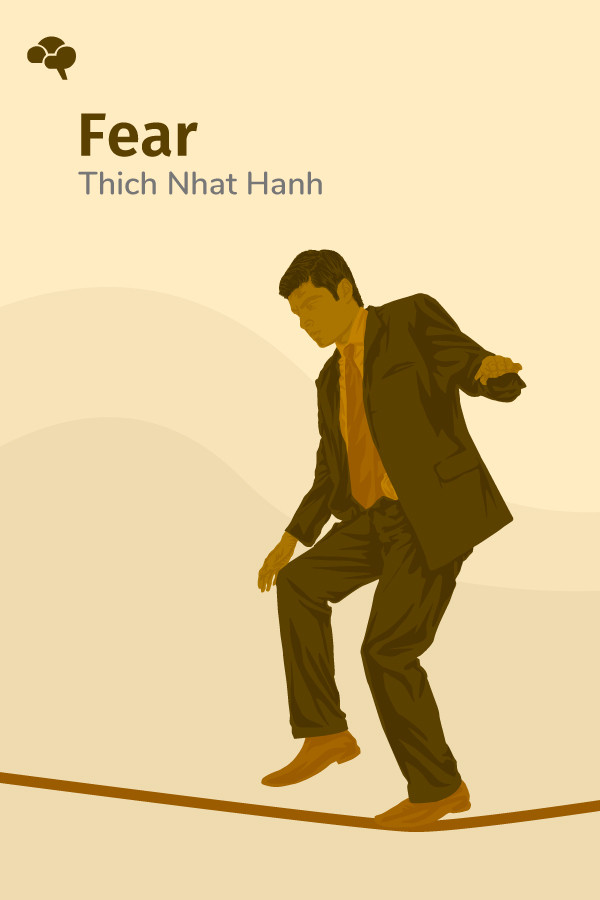 Fear: Essential Wisdom for Getting Through the Storm

Thich Nhat Hahn (1926-2022) was a Vietnamese Zen Buddhist who, for decades, promoted personal peace and world peace, so much so that he was banished from Vietnam for denouncing the Vietnam War and Martin Luther King, Jr. nominated him for the Nobel Peace Prize in 1967. As Hahn saw things, we reflexively flee our fears, but we would do better inviting these feelings up from our inner depths, looking at them plainly and compassionately and befriending them. In Fear, he invites us into the present, where life is perennially ready to welcome us back from the fear-packed poles of past and future.