Timothy David Snyder (born August 18, 1969) is an American author, historian and academic specializing in the history of Central and Eastern Europe, and the Holocaust. He is the Richard C. Levin Professor of History at Yale University and a Permanent Fellow at the Institute for Human Sciences in Vienna. Snyder is a member of the Council on Foreign Relations and the Committee on Conscience of the United States Holocaust Memorial Museum. 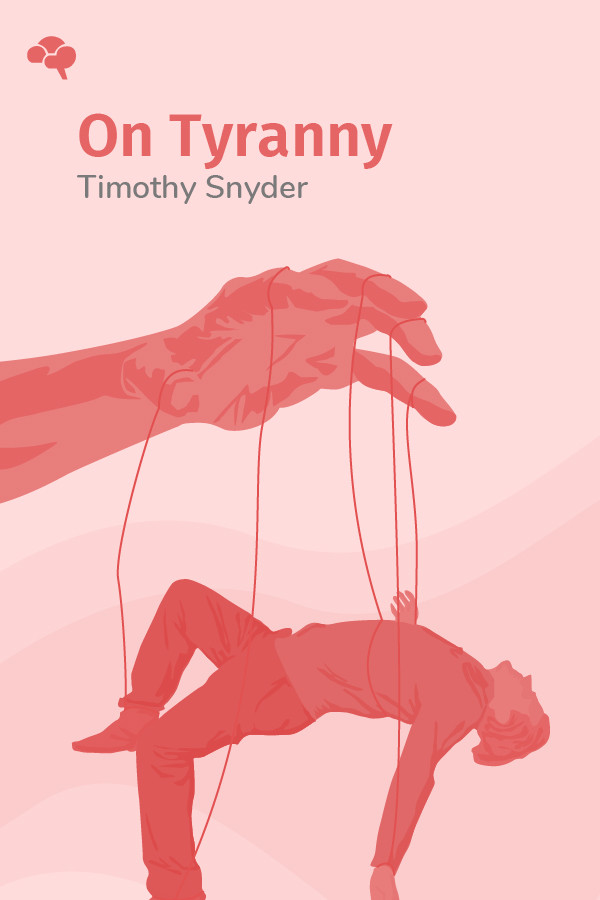 On Tyranny: Twenty Lessons from the 20th Century

In this brief, popular-level treatise, Yale professor of history Timothy Synder argues that, “History does not repeat, but it does instruct.” He appeals to the practice of the United States’ Founding Fathers who, in the face of threats to the political order, examined the rise and fall of ancient democracies to gain insights and establish a political system that would safeguard a free society against tyranny. Snyder invites his reader to continue the tradition of understanding history in the interest of preserving liberty. He offers twenty lessons from the twentieth century European experience, a period full of destruction and bloodshed under fascist and communist regimes. Snyder advises that it would be wise to learn from the missteps and mishaps that allowed tyranny to gain footholds in the not-so-distant past.