Carl Edward Sagan (November 9, 1934 – December 20, 1996) was an American astronomer, cosmologist, astrophysicist, astrobiologist, author, science popularizer, and science communicator in astronomy and other natural sciences. He is best known for his work as a science popularizer and communicator. Sagan published more than 600 scientific papers and articles and was author, co-author or editor of more than 20 books. He wrote many popular science books, such as The Dragons of Eden, Broca's Brain and Pale Blue Dot, and narrated and co-wrote the award-winning 1980 television series Cosmos: A Personal Voyage. The most widely watched series in the history of American public television, Cosmos has been seen by at least 500 million people across 60 different countries. The book Cosmos was published to accompany the series. He also wrote the science fiction novel Contact, the basis for a 1997 film of the same name. Sagan died of pneumonia at the age of 62, on December 20, 1996. 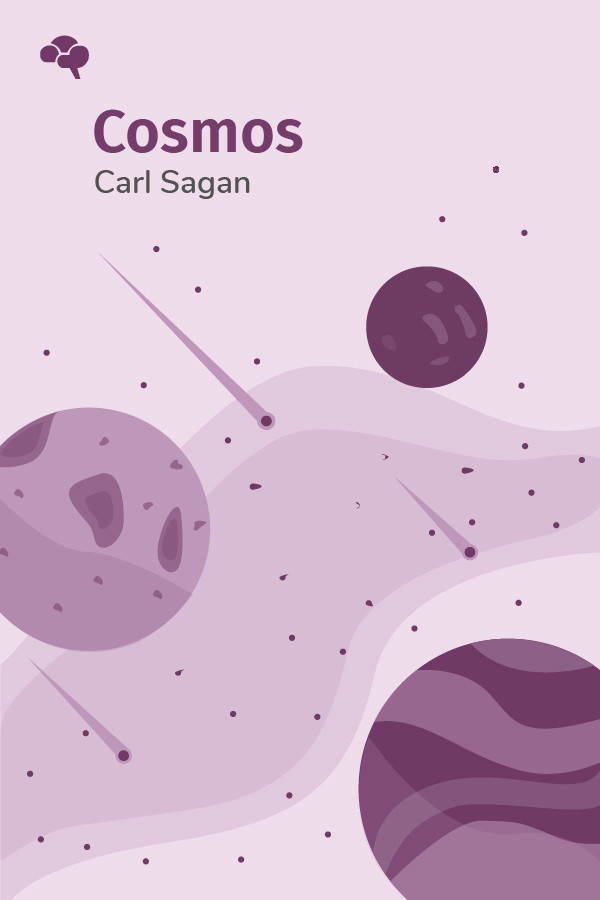 We’ve all looked up into the night sky and pondered the vast expanse beyond, been humbled in the presence of the ocean or mountains or the stars, and wondered about our place in this universe. Carl Sagan’s classic book Cosmos looks at some of history’s seminal scientists who have changed the way we see our world. Their discoveries have fueled exploration, at first intercontinental, now interplanetary, and, perhaps, someday, interstellar. Sagan’s book stands as an enthusiastic acknowledgement of the most curious and adventuresome species on the planet, and a warning about their growing carelessness.