Gary Klein (born February 5, 1944 in New York City, New York, U.S.) is a research psychologist famous for pioneering in the field of naturalistic decision making. By studying experts such as firefighters in their natural environment, he discovered that laboratory models of decision making could not describe it under uncertainty. His recognition primed decision (RPD) model has influenced changes in the ways the Marines and Army train their officers to make decisions.

Klein received his B.A. in Psychology from City College of New York (1964) and his Ph.D. in Experimental Psychology from the University of Pittsburgh (1969). He listed his main influences as Hubert Dreyfus, Adriaan de Groot, and Karl Duncker in an October 2013 interview with Bob Morris.

Since 2009, Klein has been a Senior Scientist at MacroCognition LLC.

The second phase was spent working for the government as a research psychologist for the U.S. Air Force (1974–1978). The Arab oil embargo of 1973 meant that pilots needed to do more of their training in simulators, and Klein began his investigations into the way people develop expertise.

The third phase began in 1978 when he founded his own R&D company, Klein Associates, to study a range of topics that are now described as the Naturalistic Decision Making framework. Klein Associates grew to 37 people by the time he sold it to Applied Research Associates (ARA) in 2005.

During this third phase, Dr. Klein developed a Recognition-Primed Decision (RPD) model in 1985 to describe how people actually make decisions in natural settings. This research was subsequently incorporated in Army doctrine for command and control. He presented a PreMortem method of risk assessment in 1998. In 2007, he developed a naturalistic model of sensemaking, the Data/Frame model. In 2009, he presented a Management by Discovery account of how people plan when faced with ill-defined goals. He described a multi-path model of insight in 2011. He has led teams that developed several methods of cognitive task analysis for uncovering the tacit knowledge that goes into decision making and for studying cognition in complex settings, including the Critical Decision Method and the Knowledge Audit. He was one of the leaders of a team that redesigned the White House Situation Room. 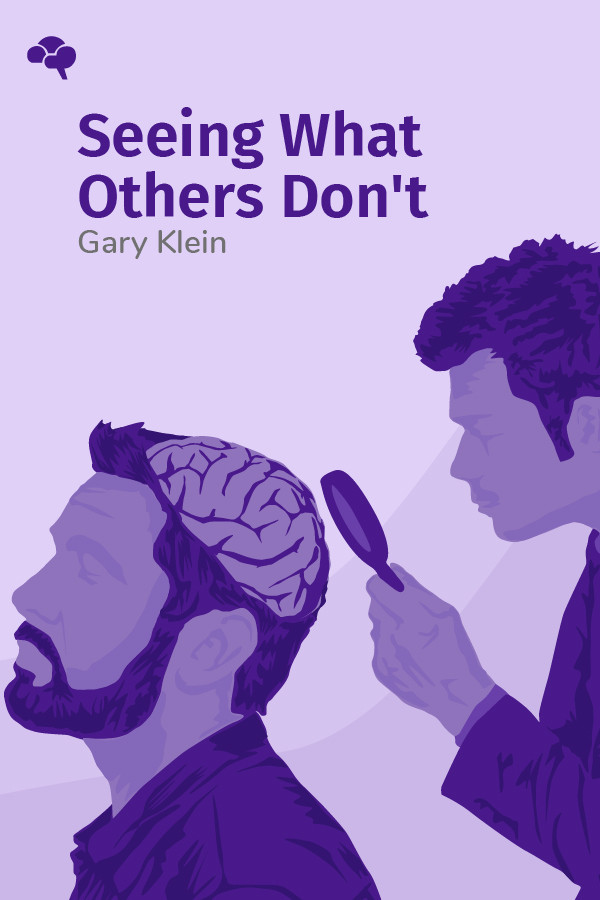 Seeing What Others Don’t: The Remarkable Ways We Gain Insights

What are insights and how do they occur? Why do we need them and what keeps us from encountering more of them in our daily lives? After years of investigation, cognitive psychologist Gary Klein offers an explanation, drawing anecdotes from science, business, medicine, and law enforcement to show us why we miss things.