Haemin Sunim is one of the most influential Zen Buddhist teachers and writers in South Korea, where his books have sold more than three million copies and are popular as guides not only to mediation but also to overcoming the challenges of everyday life. Born in South Korea, he came to the United States to study film, only to find himself pulled into the spiritual life. Educated at UC Berkeley, Harvard, and Princeton, he received formal monastic training in Korea and taught Buddhism at Hampshire College in Amherst, Massachusetts. His book The Things You Can See Only When You Slow Down has sold more than 2.4 million copies and is singular in that it is derived almost entirely from Twitter posts he has written over the years. 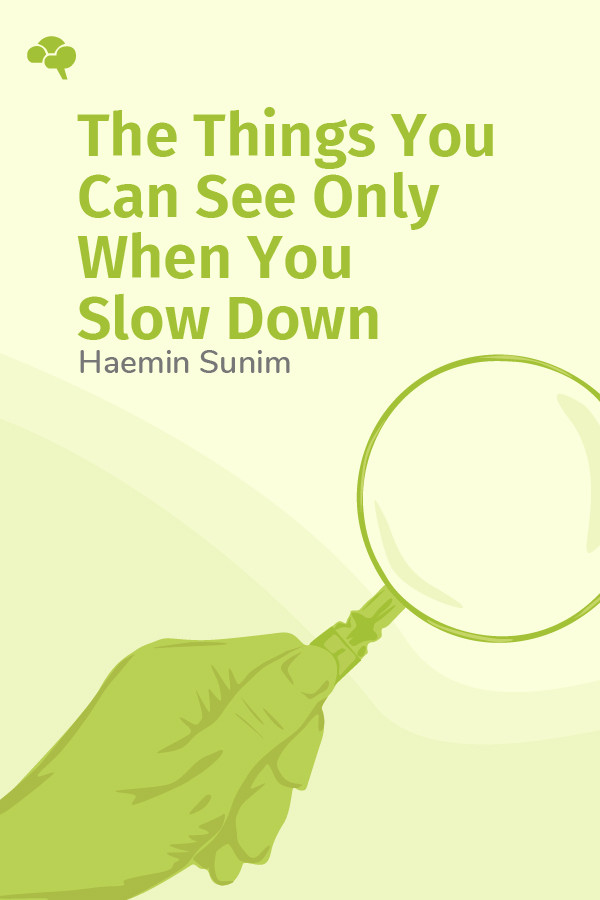 The Things You Can See Only When You Slow Down

In a world that seems fast-paced, we have lost the art of serenity, of being still. We hunt the next high, we chase the next craze, accrue more things, but where does this get us? Paradoxically, for all our chasing, we miss out on so much! In The Things You Can See Only When You Slow Down, Sunim offers reflections on life, love, relationships, and spirituality, illuminating aspects of the human condition that we are prone to forget.