Robert Wright (born January 15, 1957) is an American journalist, scholar, and prize-winning author of best-selling books about science, evolutionary psychology, history, religion, and game theory, including The Evolution of God, Nonzero: The Logic of Human Destiny, The Moral Animal, and Three Scientists and Their Gods: Looking for Meaning in an Age of Information. He is the co-founder and editor-in-chief of Bloggingheads.tv. He is a Senior Fellow at the New America Foundation, a think tank that has been described as radical centrist in orientation. Additionally, Wright teaches an undergraduate seminar at Princeton University on the connections between modern cognitive science and Buddhism, in addition to an online course on the same subject. 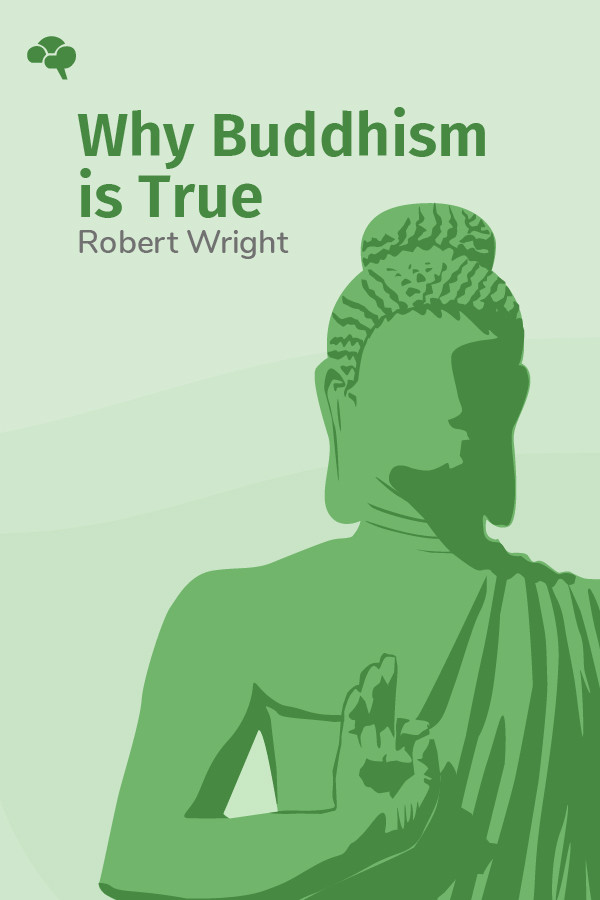 In the popular sci-fi movie, The Matrix, the lead character, Neo, is informed that an artificial intelligence has subjugated the human race. To keep humanity blissfully unaware of its captivity, each person has been plugged into a life-like computer simulation. Upon his learning of this, Neo is given a choice between a blue pill and a red pill. If he takes the blue pill, he'll reenter the simulation none the wiser. If he takes the red pill, he'll escape the delusion and remain in the real world, awake and aware of the truth.

According to evolutionary psychologist Robert Wright, the circumstances and choice that Neo faced are also before us. Marshaling the latest in scientific and psychological research, he argues that science corroborates many central elements of Buddhist thought. Why Buddhism is True is his attempt to show how each of us has a warped understanding of reality and that Buddhist philosophy and meditation form the red pill we would be wise to take.