Rose George is an English journalist and author. She began writing in 1994, as an intern at The Nation magazine in New York City. Later, she became senior editor and writer at COLORS magazine, the bilingual "global magazine about local cultures" published in eighty countries and based first in Rome, then Paris, then Venice. In 1999, she moved to London and began a freelance career and has since written for the Independent on Sunday, Arena, the Financial Times, Daily Telegraph, Details, Bad Idea and others. Along the way, she has been war correspondent in Kosovo for Condé Nast Traveler magazine and was twice a guest at Saddam Hussein's birthday party. Until 2010, she was senior editor at large for Tank, a quarterly magazine of fashion, art, reportage, and culture based in London.

She has written four non-fiction books. A Life Removed (Penguin 2004), explores the daily reality of refugees and displaced people in and from Liberia.The Big Necessity: the Unmentionable World of Human Waste and Why it Matters (Metropolitan/Portobello 2008), addresses the world's most neglected public health crisis, that of the potentially toxic substance that is untreated human waste. Nearly half the planet's population lack the basic necessity of a safe, decent latrine, and the consequences are deadly: diarrhea kills more children under 5 than HIV/AIDS, tuberculosis, or measles, or all those three things put together. The Big Necessity also travels to the "plumbed and flushed" richer countries of the world and discovers crumbling infrastructure, water-borne disease, and neglect. George travels into the sewers of London and the slums of Mumbai; she visits Japanese factories that produce the most advanced toilets in the world and Star City in Moscow, whose astronauts use diapers on space walks. Her third book, Ninety Percent of Everything: Inside Shipping, the Invisible Industry That Puts Clothes on Your Back, Gas in Your Car, and Food on Your Plate, was released in August 2013. The UK title of this book is Deep Sea and Foreign Going: Inside Shipping, the Invisible Industry the Brings you 90% of Everything, also released August 2013.

George graduated with a First-Class Honours BA in Modern Languages at Somerville College, Oxford in 1992 and an MA in international politics in 1994 from the University of Pennsylvania as a Thouron Scholar and Fulbright Fellow. She speaks fluent French and Italian. 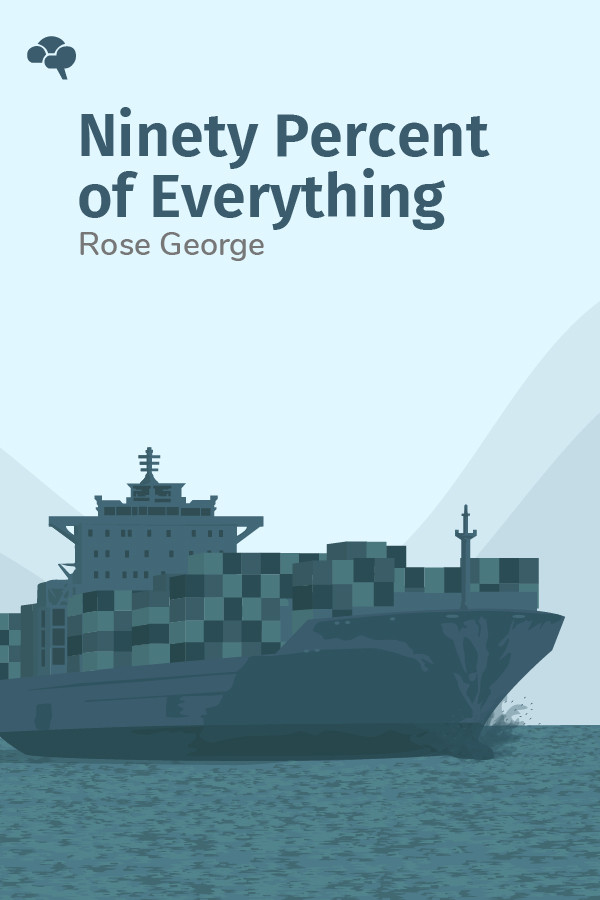 Ninety Percent of Everything: Inside Shipping, the Invisible Industry that Puts Clothes on Your Back, Gas in Your Car, and Food on Your Plate

From cat food to airbags to T-shirts and bananas, the vast majority of goods we buy, eat, wear, and regularly use sailed across far-flung oceans and seas before ending up in our living rooms and kitchens. For the most part, the shipping business sails under the radar, but this out-of-sight industry arguably underpins the global economic order.