Scott Raymond Adams (born June 8, 1957) is the creator of the Dilbert comic strip, and the author of several nonfiction works of satire, commentary, and business. His Dilbert series came to national prominence through the downsizing period in 1990s America and was then distributed worldwide. Adams worked in various roles at big businesses before he became a full-time cartoonist in 1995. He writes in a satirical, often sarcastic way about the social and psychological landscape of white-collar workers in modern business corporations. 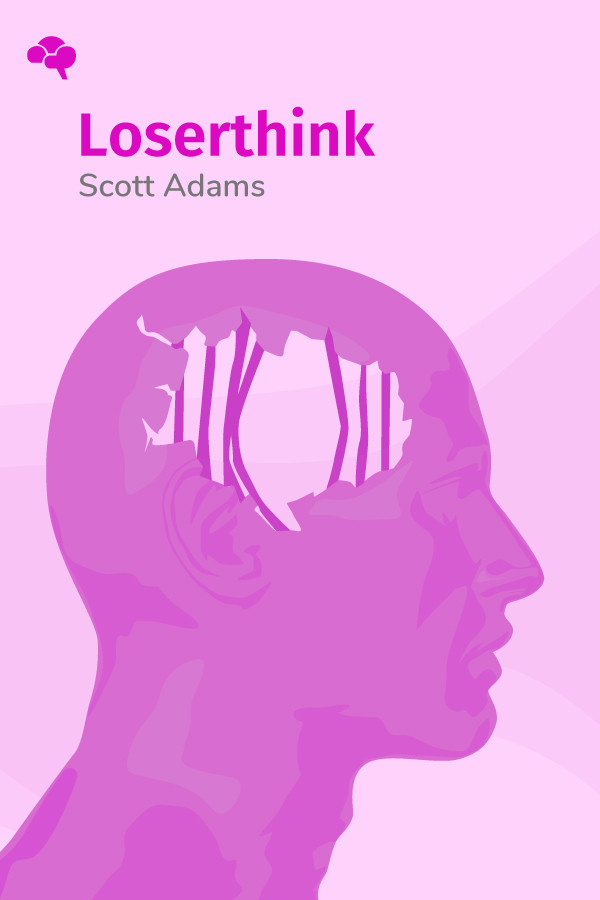 Loserthink examines our unproductive methods of thinking, which stem from a lack of personal experience across disciplines. Adams shares his insights on how to free our minds from the prison of loserthink by exploring the thought patterns inherent in multiple professions and political agendas. Through applying the best and avoiding the worst of these thought patterns, we can break down the walls of our mental prisons and begin to see the world for what it truly is, rather than the biased, fake, and uniform picture so often painted for us by the media.